One thing I forgot to mention about Bryan from last week is that he is mad about curries, cooking them and eating them, particularly Indian Kashmiri-style curries (more spice, less heat). He told me that whenever he frequents the mainland he eats at a place called “Queen’s Tandoor”, a Indian restaurant chain that is prevalent throughout Indonesia and (I think) Malaysia, and ironically, Reuben was already onto it before we arrived at his Villa. So, that night, it was Queen’s Tandoor for dinner.

Queens Tandoor, like most Indian restaurant’s, had a three-level heat scale. It might be the endorphin kick my body delivers to counter the incineration of my own taste buds, or maybe some level of childhood nostalgia bought on by my uncle cooking things that temporarily allowed you to breathe underwater, but whatever it is, I love the hot stuff. There were four dishes ordered that night, a butter-chicken and a chicken curry, both registering a zero on the heat scale, a fish goa curry that registered a one on the heat scale. And a mutton vindaloo, a solid three. I did not want to leave the place wondering.

The first sign that I might be in trouble was the sweat permeating Reuben’s forehead as he tucked into his butter chicken. At the time, I wrote it off as a symptom of the humidity, but it was literally beading down into his eyes. That was the zero heat.

The second sign was Nic looking at me with raised eyebrows when she tried her fish goa curry. While he might not be the first to admit it, Reuben is merely a novice at the chilli game. But Nic has been equipped with a more than decent level of tolerance through the unnecessary introduction of chilli into almost every dish that I have prepared for her. I have faith in her judgment, and she was definitely feeling it.

There was no third sign aside from my swollen lips, teary eyes, runny nose, scorching face and dripping body. In my opinion, a good way to determine whether or not you have enjoyed your curry is not by the intermittent periods of agony and elation felt when consuming it, but by the amount that is left, showing that its flavour has just kept you clawing through hell and back for more. And, even though I asked for it to be doggy-bagged so I could eat more of it the following day (a fairly gutsy move in Indonesia, one of which I did not end up following through with), there was very little left when I was done. For anybody venturing into the Seminyak area, as far as Indian goes, Queens Tandoor is legit. And definitely blog-worthy.

No pain, no gain 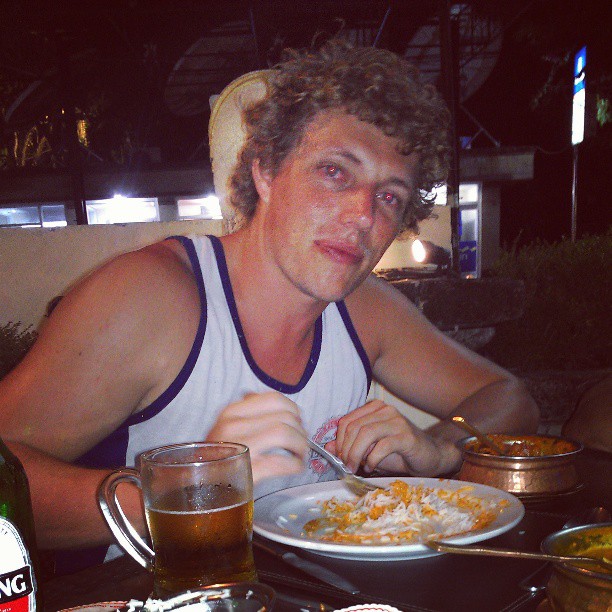 the echo beach incident > < getting to seminyak