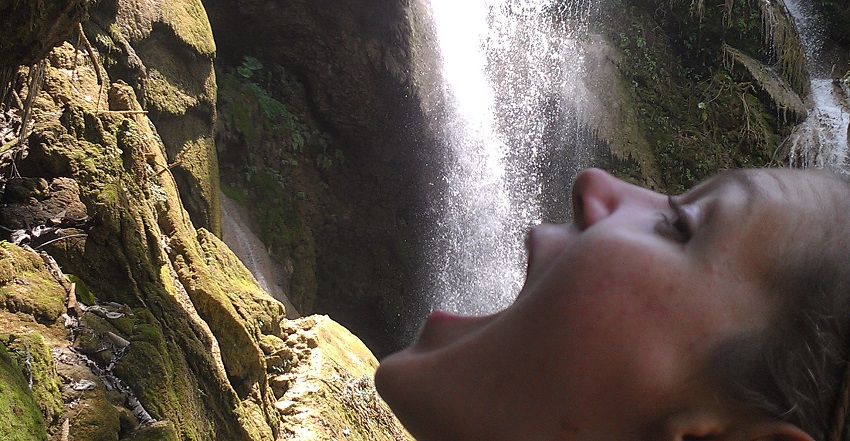 I didn’t write anything about our week in Laos because to be honest I was feeling lazy that day, but that does not mean I didn’t enjoy it. But I blame Luang Prabang, for my lackadaisical state-of-mind as it would have to be one of the most relaxed places we have been to, everything runs at a slower pace and the locals are fairly sombre, but not in a bad way, they were always smiling and willing to help. All it needs is some clean water to swim in and it would be the perfect destination.

There were many times when I was hanging out by myself because Ben was too sick to leave the hotel and during that alone time I found myself drawn to this one bar/lounge called Utopia. It was just down the alley from our hotel and it featured a very chilled atmosphere and probably some of the best food in LP. I was constantly losing hours of day light just lounging and reading and drinking coffee banana smoothies, which sound horrid but, trust me, they were amazing.

It’s also a strange town, as there is culture everywhere, from the monks walking past in twos carrying their orange umbrellas that protect them from the suns rays, to the Buddhist temples around every corner. But away from all of that there is also a very thriving tourist scene, and it seems that Laos people think that all westerners eat are sandwiches as there was an excessive amount of these stalls, and I appreciate the thought but I didn’t take a 26 hour bus ride across SE Asia to eat a ham sandwich. Where these stalls were, out of nowhere a market would appear every night where hundreds of locals would sell anything and everything, from food to hand made silk scarfs. The culture gives you the illusion of untouched, but the sandwich stalls tell you otherwise.
nic on thailand > < karon beach