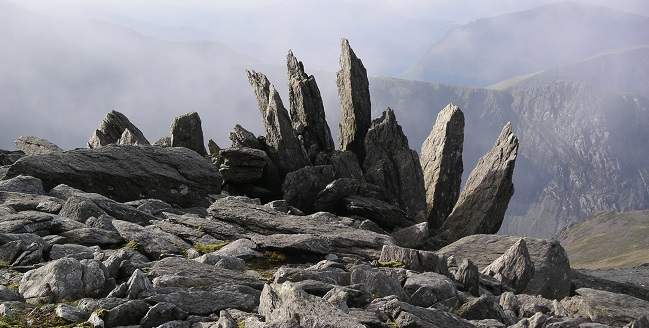 There must be thousands of surf breaks on the Baja peninsula that go unsurfed every day. People, Mexican and otherwise, are constantly buying blocks of land on the beach, fencing them off, and erecting “Private Property” signs, leaving no common means of access to the beach between properties. The beach itself is illegal to claim, but with no obvious walkway from the road it is essentially a loophole around the law and a means of buying your own private space on the beach. While I can understand the motives behind the actions, its still a little sad. However, there are exceptions. At about mid-tide on a 3-4ft Southerly swell, Gabe decided he was going to take me to a spot called “Las Rockas”.

The beach break out the front of the hostel will pick up any minute swell that happens to roll in from the Pacific, but the beach is too large to have consistency in the sand bank structure. When larger swells roll through, you are relying on the swell itself to have enough angle to be makeable, otherwise it is just a dredging beach break with a horrendous, shoulder quivering paddle out. Gabe informed me that when it gets sizable, the young Mexican locals call paddling out at Alisitos “going to war”, which, after a few days, was a description I could identify with. And while late drops and pulling in to fat close-outs was fun, I was ready for something a little less critical.

We drove North from the hostel, then turned down an uninspired dirt track that lead us through a white gate, its paint all flecked and rusted. We drove the length of the dirt track and eventually parked at the end of it, as close to the water as we possibly could, but still unable to see our car from the water or the water from our car. I couldn't help but think that it was kind of ambiguous as to whether we were indeed trespassing on another “Privado Propiedad” with a gate that was rusted open, or if it was a legitimate entry point to the break. There was also something about the abandoned and vandalized homesteads that flanked our car that unsettled me, but after I saw the waves there was nothing that was going to hold me back from my spot in the vacant lineup.

After two hours or so of surfing empty, friendly, reeling left-handers, I ended up coming in only because I thought I saw somebody walking away with my tracksuit pants, which were wrapped up in a ball in the boot and contained both my wallet and my phone. Another commandment not listed in the Safety Ain't Nuthin' but a Thang entry was “do not leave anything of value unattended in a car”, but I had only really remembered the commandment halfway to the break, and it almost felt presumptuous and overly cautious to ask Gabe to turn back so I could leave some things at the hostel. Besides, what was another broken fucking rule, who even cares about these things anymore...

Fortunately, when I arrived at the car there was no sign of forced entry, and Gabe had a good laugh at me about being paranoid of someone stealing my tracksuit pants. Who steals a pair of tracksuit pants? But forgetting how stupid I looked, I remember telling him that I wouldn't have cut short a session in waves like that if something in my gut hadn't told me that our possessions weren't safe.

It was only about a week later that Pete, myself and Harry rode up to Las Rockas again under my direction, this time in Ian's car. Because I did not know the name of Las Rockas at the time, I had been touting it to both Pete and Harry as the “Secret Spot”, and when we drove down the end of that dirt path the alias that I had given it was immediately invalidated by a gleaming white pickup truck that was already there.

“Not so secret after all.”

Yep, thanks Pete. But then, as we pulled up closer, we saw that the driver's side window had been smashed completely, with blue fragments of glass littered out a meter or so from the door. Being in the part of the world that we were I immediately assumed the worst, and felt slightly more at ease when I saw there was a towel on the ground that had obviously been used to protect the culprits hands. Just an opportunistic robbery, nothing more.

We got out of the car and inspected the truck from a reasonable distance, not wanting to make any marks on what was a potential crime scene, before walking over to the lookout and seeing three guys surfing empty, perfect, reeling left-handers, just having the time of their lives. It was never more obvious to me that we were actually standing there and watching the flip side of the coin. They were us, but with a shitload more surfing ability and a shitload less luck. We watched them surf their brains out for a while, debating whether the right thing to do was to tell them what they were coming in to see and cut short their session, or to let them enjoy the full extent of the surf that had already cost them whatever they had in their car.

We made our decision, and it became the second time I got to surf perfect 3-4ft Las Rockas with nobody else out but the posse I rolled up with. Sometimes you gotta claim the victory when its yours to claim.
the mexican desert > < the blue hostel